5 Ways You Are Stressing Your Dog Out 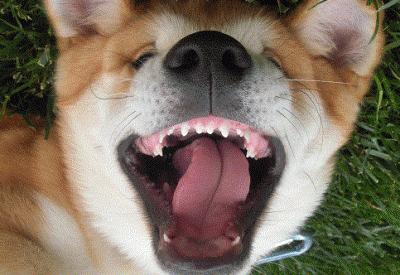 As much as we love our dogs, they are prone to behaviors that get on our nerves from time to time. Good pet owners do their best to curb bad behavior, but it is entirely possible that you are contributing to your dog’s disobedience.

It’s true; canines are as affected by our behavior as we are by theirs. As much as your dog's behavior might stress you out, your behavior may be causing him stress, too.

Even with the best intentions and training tactics, many pet parents unintentionally interact with their dogs in ways that undermine good behavior and cause confusion for their pets. This, in turn, can lead to a stressed-out and badly behaved dog. Here are five common mistakes I see pet owners making with their pooches. Your dog may thank me for writing this!
Five Behaviors to Stop Right Now

Labeling your dog as “dominant.” Dominance is not a personality trait; it's a situation-specific behavior. True dominance aggression issues are extremely rare. In my experience as a trainer, dogs who are labeled dominant are often extremely insecure and fearful — in other words, the exact opposite of dominant. Behaviors commonly considered a sign of dominance, such as humping, frequently stem from insecurity or hyper-excitability. In addition, pet owners who label their dogs as dominant often feel more justified using harsh training methods, such as alpha rolls and prong collars. However, these tactics do little to encourage long-term behavior change and can foster a fear of the pet owner.

Assuming your dog behaves badly by choice. Your dog behaves the way he does not out of spite, but because a behavior is natural to him or is being reinforced by your response. While dogs have emotions and complex thought processes, a dog’s reasoning is different from a human’s. To truly act out of spite, your dog would have to share your view of right and wrong and use that shared moral code to guide his behavior. Dogs don’t function that way; they are motivated by outcomes, not morals. That guilty behavior your dog exhibits after he does something you think of as bad? It’s a reaction to your behavior and has nothing to do with repentance. Your dog acts submissive and frightened to appease his unhappy human.

Punishing your dog for being a dog. Chewing, digging, barking and chasing are natural behaviors for a dog. Rather than punishing these behaviors, which creates stress, give your dog a proper outlet for his instincts. For example, instead of punishing your dog for chewing, redirect him to items he can chew, like stuffed Kongs. End digging in the yard by creating a designated doggie digging pit. Put a stop to excessive barking by teaching your dog to speak and be quiet on cue. Channel chasing with a toy like the Chase-It, which mimics the predatory chase and turns it into a game.

Being too lax. Unstructured interactions with your dog open the door for behavior problems. Without clear boundaries, behavior can quickly get out of control; this can lead to confusion and stress for your dog when he is punished for behavior that is sometimes tolerated. Unfortunately, in many situations, a dog’s go-to response is not usually acceptable to humans, such as jumping up to greet or mouthing a person’s arm to get attention. Clearly expressing your expectations about acceptable behavior will result in consistent good behavior.

Expecting your dog to obey simply to please you. A simple “good dog” and a pat on the head works as a reward for many dogs, but when it comes to major distractions or a behavior that takes extra effort on your dog’s part, praise and petting may not be enough. I frequently see pet owners delivering little or no reward for behavior that takes significant self-control on the dog’s part. As a result, the behavior becomes less reliable or the dog stops doing it entirely. When you ask your dog to perform a difficult behavior or to do the behavior in a highly distracting or emotionally laden situation, the rewards should be immediate and substantial. Choose a reward that has value for your dog; you know what he likes the most (a special treat, a game of tug, a chance to walk on a loose leash).