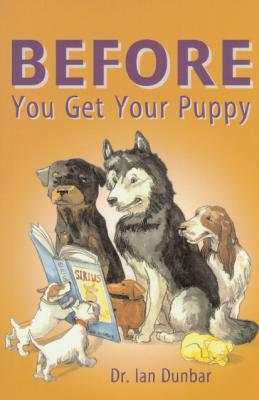 Dr. Ian Dunbar has released his "BEFORE you get your puppy" book for free in e-book form.

Dr Dunbar is known for his positive training methods and pioneering off-leash training back in 1982. He is a veterinarian, animal behaviorist, and dog trainer, Dr. Ian Dunbar received his veterinary degree and a Special Honors degree in Physiology & Biochemistry from the Royal Veterinary College (London University) plus a doctorate in animal behavior from the Psychology Department at UC Berkeley, where he researched the development of social hierarchies and aggression in domestic dogs.

He created and developed the San Francisco SPCA's Animal Behavior Department, the American Kennel Club's Gazette "Behavior" column, which he wrote for seven years, and the K9 GAMES®, which were first held in San Francisco in 1993 and continue as annual events in Japan and France. He hosted the popular UK television series Dogs With Dunbar for five seasons and has appeared on numerous radio and television programs, including the Today Show (US) and Dash Village (Japan).

Before proceeding to download the e-book , spend 15mins to watch his video from TED.com , it's really worth it.