Akita In The World For The Next Generation 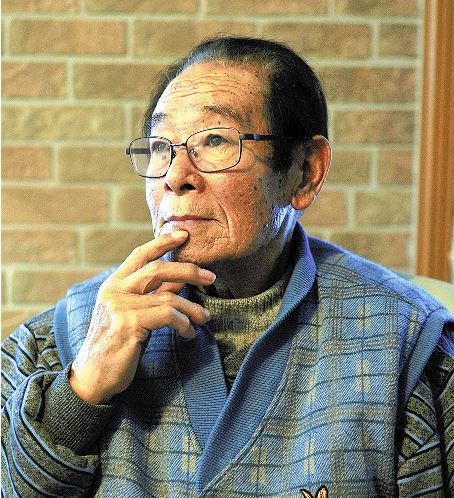 Mr. Takashi Takeda (84 years old, or say young) is the honorary board member of the Akita Preservation Society (Akiho) where its head quarters in the Ohdate City, Akita. Akita was facing the urge of extinction, and it could saved by Takeda-san and his colleagues after the war. Now he is in charge or say the international ambassador for the Akita breed.

Hide The Dogs In the Remote Mountain Regions
Takeda-san's class mate who was his neighbor was where the Hachi was born. During the war, they had three Akitas and he helped them taking the dogs with them for exercise and treat them as his own dogs since he was the first grade. Soon he fell in love with them seeing the nobleness and smartness of the dogs.

Back then, the nation was starving because of the food was always lesser than the need. Therefore, having the big dogs were taken negatively from the society. The situation went worse, and the neighborhood family took two dogs in the house they had in the remote area in the mountains to hide them. The situation for the other Akitas were the same and was facing the worst case scenario; the extinction of the breed. Looking back those times, Japan never had a chance to win the war because the dog loving family, by all means, couldn't afford to have a dog.

The Symbol Of Peace
When the war ends, the world of Akita had its liveliness or say the energy back. There must be the recoil from those hopeless days during the war, and Akitas coming back to the society looked as it is the symbol of the peaceful society. After a few years, Takeda-san had his first Akita of his own. The puppy was from the family he helped the dogs having the exercise and it was from the same breeder where the Hachi was born. So he named the puppy Hachi.

Back then, there were many Akitas are not clearing today's standards. such as the body height and the curling of the tail. Akiho was founded before the war and now it has the mission to have the quality dogs back as it used to be. Whenever they hear that there is a good Akitas, they went there and see, and check them. Also collected all the available literatures to study and know about them.

Never Let Anyone Cheat Nor Allow The Unfairness
By those enthusiastic researches and activities, naturally the shows featuring only the Akitas could be seen, and Takeda-san became the assistant of the judges when he was in the 20's, and by the time he hit the age of 40, he became one of the Akiho authorized judge. Being the official judge as well as being the tutor to tain the other younger judges, and went all over Japan as the judge. He was doing that because of an simple idea and passion; "to have the more better dogs."

During those days, he became known as the most strict judge of Akiho. The reason why is he never allowed any cheating nor the political give and take matters at the show ring. There were judges who was bribed from the local breeder to give the first place to the dogs which with the Takeda-san's eyes, those were the third or the fourth place. Depriving those judges'
license away were more than a few times.

The Akitas Were Accepted Internationally
Takeda-san is happy with the present situation of Akitas be loved by internationally. Now there are the Akiho branches and clubs from the Akiho L.A. of the States and now the club in Ukraine has established. He never thought of this 70 years ago.

On the other hand, the numbers of Akita in Japan is decreasing. Having the walk in the morning and in the evening requires time and energy to own the big Akitas. The dogs owned by the people focusing for the shows, otherwise keeping to the near perfection won't bring the better situation and might make the dogs unhappy life. Takeda-san knows he is too old and gave up owning an Akita.

Five years ago, he wrote and published a booklet covering all his experiences and knowledge of the breed to let the people know about the breed after his died. What he has in his mind is the wish for the Akiho to tell the goodness and the heritage of the Akitas.
(Interviewed by Teruo Miyazawa/ His column is on every 2nd and 4th Sunday)

1927 Akita Hozon-Kai (Akita Heritage Preservation Society/ Akiho was founded.
1931 Akita appointed as the National Natural Monument which is the first dog in Japan.
1932 Hachiko was known by the national papers and radio.
1934 Hachiko's bronze statue was placed at the Shibuya station.
1935 Hachi's statue was placed at the Ohdate station, Akita Prefecture.
1938 Akiho has set and announced the Akita Inu Standards.
1944 For the nation's demand for the metal due to the war, both Hachi statues were taken away.
1948 The statue of Hachi was placed again in front of the Shibuya station, Tokyo.
1977 Akita Inu Heritage Center was built and opened in Ohdate City, AKita Prefecture.
1987 The movie "The Story of Hachiko" was released and became a smash hit at the box offices. (Note: Produced and distributed by Shouchiku. The US and Europe version are available through Amazon. Great actors known by the Kurosawa films and this movie features the mom dog and the puppies including Hachi in Ohdate, Akita.)
Hachi's statue came back to the Ohdate station.
2009 Hollywood film "Hachi" released in Japan.
2012 Akita Prefecture presented an Akita puppy to the President of Russia, Uladimir Putin.

Akita Inu or Akita Ken:
Hunting dog which its ancestor is the middle sized old Japanese breed being used by the Japanese traditional Mataghi hunters. When the nation of Japan ended the Samurai and the isolated era and opened to the international society, the dog fight culture was brought by the westerners, and the Akita was cross bred with the other bigger western breed dogs to have its size bigger. (Note: Also the same culture was popular at the U.S. military bases in Japan and those had the black muzzle and brought to the U.S. by the American owners.)
The Akitas with the Akiho issued pedigree papers were 46,225 at its peak in 1972, and now it has decreased to 1,991 in 2014.

Translation of the original article , reposted with the kind permission of Mr. Kenn Sakurai , thank you Mr. Sakurai