Have you seen or heard for akitas with long hair?

They do exist and they are purebred, the long hair characteristic hasn't disappeared, according to some theories the gene comes from Karafuto Ken. We can see long haired dogs of both American and Japanese akitas , if both parents carry the gene then there is about 25% chance for long hair puppies.

The hair size differs between dogs, in cases the phenomenon is less intense we notice longer hair especially behind the ears, paws and tail. In many cases the longer hair cover the full body. A long haired akita is very impressive but keep in mind that you will have to spend more time grooming a long haired dog.

As for the character, some people believe that the long haired akita is a bit different, not so independent and with a stronger desire to please his owner.

According to FCI standards, long hair is a reason for disqualification in a dog show. 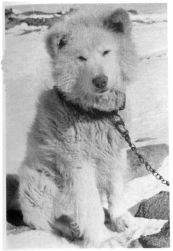