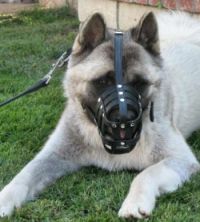 Tamas is currently President of both the Hungarian Spaniel Association and the Hungarian Kennel Club's Judges' Board. He also holds positions on the FCI European Section and the FCI Judges' Commission, whilst maintaining his profession as a surgeon at the State National Medical Centre in Budapest.

In 1985 he became an FCI Show judge and an all rounder in 2001. Tamas has excelled as a breeder exhibitor of Cocker Spaniels, Miniature Dachshunds and Miniature Poodles. He has won numerous World, European and FCI titles with his Cockers and Dachshunds. Has judged at numerous World, European and FCI International shows at most of the major centres.He has judged in more than 50 countries on 4 continents, including many Europe and World Shows.

My grandfather was breeding Scottish Terriers in the 1940 and 1950 bred and showed dogs, even sending some to the USA for shows.

I bought my first dog a German Shepherd, when I was in German but later bought a Dobermans (1978), when I returned to the UK. I became involved in showing them, with some success and sending dogs to over 15 countries.

I have owned and showed Kerry Blue Terriers from 1988, I also handled a number of other breeds, I had good success in the show ring winning Championship Best in Shows, groups and many champions including BOB at Crufts and World Winner.

I was chairman and member of my breeds council for many years.

I started judging in 1984 in the UK and judged quite a lot until I moved to Cyprus, where I now judge. I have judged in a number of FCI countries and last year also judged in Australia and South Africa.

I have a few future judge appointments which I am looking forward to, including Crufts in 2014. 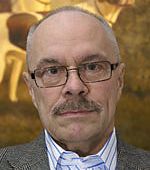 Goran, fluent in German, Spanish, French, English, and Swedish, got his first show dog when he was 13 - a Deerhound. Spent some summers as a teenager in England working with dogs and getting his basic British dog know how.

He started breeding Greyhounds in 1966 after having bred some litters of Deerhounds. His greatest achievement was the Greyhound bitch bred in partnership with Bo Bengtson, CH Piruett, becoming dog of the year 1975 in Sweden. His Greyhound breeding covered for nine generations. He was co-breeding (and thus no prefix) producing some very important brood bitches and stud dogs and founding the dynasty of Scandinavian Greyhounds dominating the scene - and influencing the breed both in England and the States. Very important satellite kennels in Norway and Sweden. Very few top Greyhounds in this part of the world do not have dogs from this line in the pedigree.

He has been president of the Swedish Greyhound Club and board member of the Swedish Sighthound Club- At present member of the central board of the Swedish K C, and chairman of the Standard Committee of the Swedish Kennel club. Member of the English Kennel Club. Has been and is an active writer in the Swedish dog press and also publications in England and USA. Taught breed seminars and chaired and moderated conferences in the sight hound breeds preferably. Prepared and chaired a general judges conference (more than 200 judges present!) in Sweden. Working with the development of the program about the risks of extreme types in show dogs jeopardizing the health and soundness. This has resulted in the document Breed Specific Instructions regarding exaggerations in pedigree dogs where 47 breeds listed.

Marja has lived with dogs all her life. In her childhood home they had German Shepherd Dogs as family pets. Her first show dogs were St. Bernards, but after she got married her husband persuaded her to get an easier outdoor breed - Lapponian Herder. Marja has bred Lapponian Herders and in a smaller scale Finnish Lapphunds under prefix Toiskan for 30 years.

In 1984 family Talvitie moved to Helsinki and they got a Scottish Terrier. In a little while they got another new breed, a Dandie Dinmont Terrier. Marja and her daughter Nina has bred this breed for 16 years under prefix Winterway's. After they moved back to countryside they bought two Bouviers from Holland.

At the moment Marja is a member of The Finnish Kennel Club's board, Chairmain of the FCI's judges' and show committee as well as a chairman of the Finnish Kennel Clubs judges' and show committee and Finnish Lapphund Club. Marja, fluent in Finnish, Swedish, English and Deutch, has judged in Finland and Scandinavia also in Europe, Australia, Canada, Chile, Japan, Mexico and Peru. 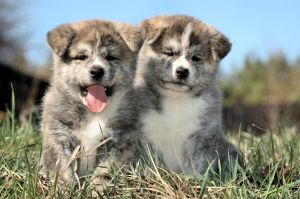 A:Puppyhood can be divided roughly in three stages: the first one that affects the life of a puppy at its new home is the maximum socialization period, between 7 and 12 weeks. During this most important “window” in the puppy’s mental development, it must be introduced to every possible aspect of normal everyday life. Anything left out during this period will be a cause of inhibition in the adult dog, and a puppy not fully socialized between 7 to 12 weeks of age will never reach its full potential as an adult.That's one of the reasons that puppies should go to their new homes not earlier than 8 weeks of age.

Are you looking to avoid behavior problems with your dogs? Don’t get them from a pet store. That’s sound advice for a number of reasons, but it’s also backed by a new study from the University of Pennsylvania.

Researchers from Pennsylvania University have found evidence that pet store puppies have a higher risk for behavioral problems once they reach adulthood. 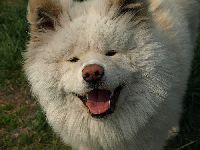 Another akita dog becomes famous, the National Federation of UNESCO Associations in Japan appointed Wasao as a special ambassador for World Heritage-related activities.

Wasao got his name from a blogger who met the “busa (ugly) kawa (cute)” akita in one of his trips to the country. Wasao was abandoned and kind of hard to get close to. Somehow a local squid restaurant owner managed to bond with Wasao and their little story made the dog famous all over the world.